When we emailed Grassroots Network members earlier this month, we asked you to encourage your members to call senators and ask them to “say no” to Betsy DeVos.

The response across the country has been unprecedented, with Politico, The Hill, and others reporting that Senate phone lines have been jammed with callers demanding senators #DumpDeVos.

DeVos’s confirmation hearing performance was abysmal, proving that her knowledge of K-12 education is shockingly limited, making her unfit to be the nation’s next Secretary of Education.

Under pressure from public education supporters around the country, including amazing grassroots groups like Public School Watchdogs (you’ll learn more about them below), it has been confirmed that all democrats will vote against DeVos. 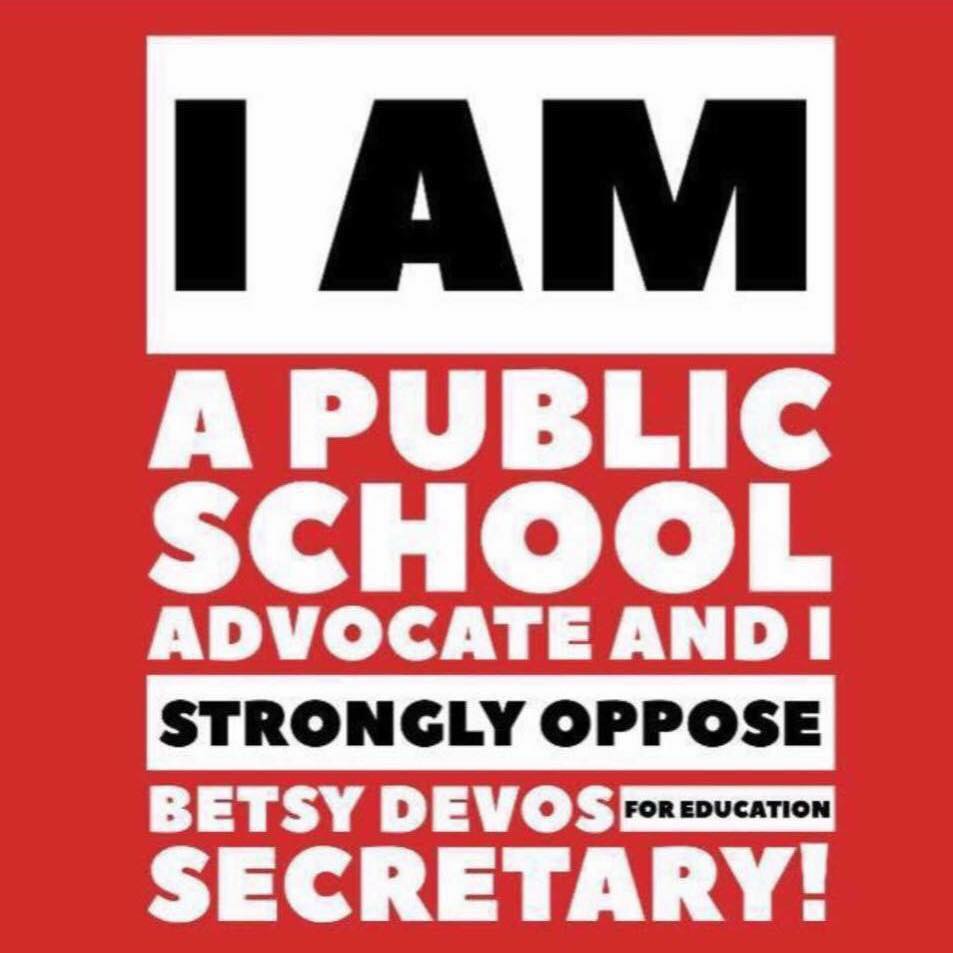 The Momma Bears in Tennessee are joining in a call for a Town Hall Meeting with HELP Committee Chairman Lamar Alexander, who has emerged as a staunch DeVos ally. Grassroots groups and individuals across the state are demanding that Alexander listen to his constituents, who have overwhelmingly expressed their opposition to DeVos.

Another grassroots group, Tennessee Organizers Against Betsy DeVos, held a demonstration outside of Alexander’s Nashville office to urge him to oppose DeVos’s nomination.

If you missed NPE President Diane Ravitch’s open letter to Lamar Alexander about DeVos, make sure to read and share it.

In it she writes:

This is not “reform.” This is backsliding. This is wiping out nearly two centuries of hard-won progress towards public schools that enroll boys and girls, children of all races and cultures, children with disabilities, and children who are learning English. We have been struggling to attain equality of educational opportunity; we are still far from it. School choice promotes segregation and would take us further away from our national goal.

It is clear – DeVos’s school choice agenda is dangerous for our country and our schools. We must keep up the pressure. The HELP Committee will vote on DeVos’s nomination this morning​. If the Committee votes to confirm her, the vote will then go on to the full Senate. Call your Senators’ office (again), collect letters or postcards, visit offices, stage a protest, and send out a press release about your efforts – just do something to make your voice heard and demand that your senator listen to their constituents.

The work that has been done across the country to oppose DeVos’s nomination has been inspiring. On Saturday, DeVos protestors took to the streets of her home town of Holland, Michigan. You can watch a news clip of that protest by clicking the image below. 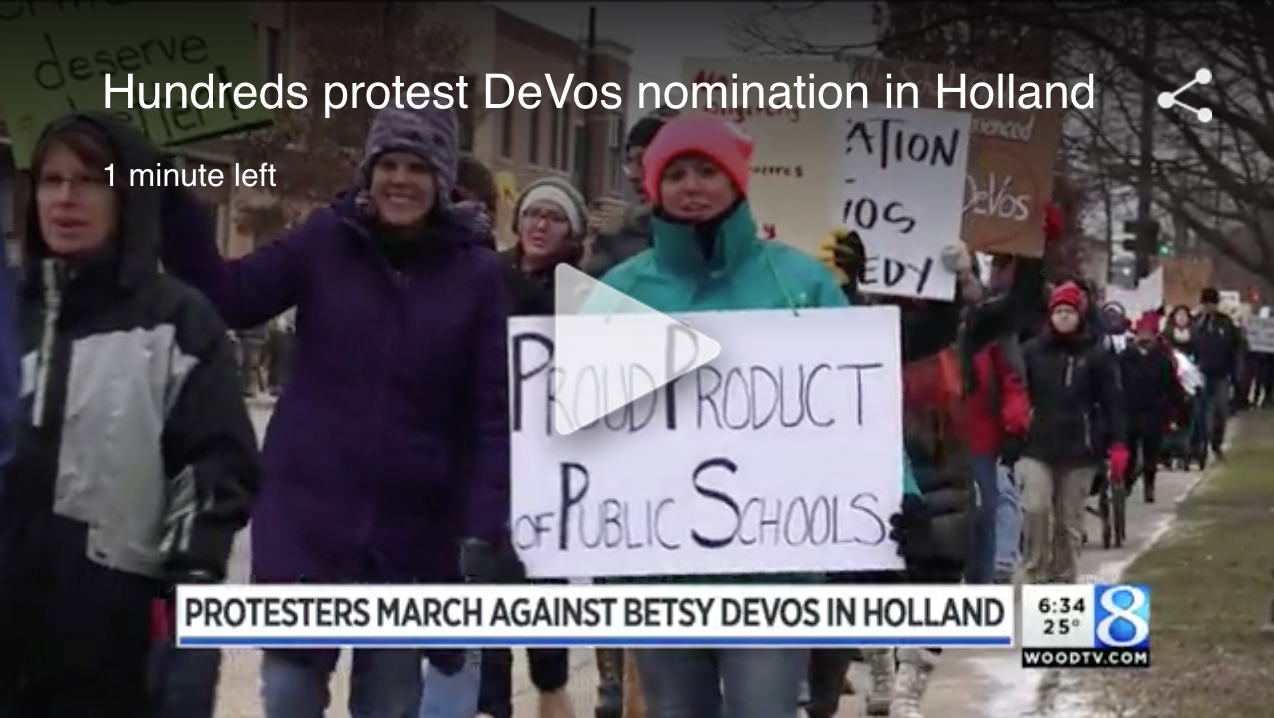 Whether or not DeVos is confirmed, there will be a tremendous amount of work ahead. The little that Trump has revealed about his education plan is frightening – 20 billion in block grants to states taken from existing federal education funds to follow children to the school of their choice – private, charter or online.

The grassroots reports below highlight the issues we will face, and what we can do to push back against the coming wave of school choice. We hope you find these reports from Indiana, New York City and Kentucky inspiring and useful.

Read this report from former Indiana Superintendent of Public Instruction, Glenda Ritz, in which she details Mike Pence’s school choice program in her home state and how similar policies will hurt the nation’s public schools.

In this report we hear from Lizzie Scott, a public school parent in New York City who joined parents, students and educators to bring community opposition straight to the offices of their U.S. Senators, Chuck Schumer and Kirsten Gillibrand. Both senators have now publicly stated they will vote “no.”

And finally we hear from Gay Adelmann in Kentucky. Gay is helping to bring public education advocates around the state together to resist an ALEC inspired charter bill that is poised to be pushed through the state legislature. We all need to do what we can to help spread the word and educate the people of Kentucky before it is too late.

For additional in depth reporting on charters and choice, don’t miss a series of reports from NPE Executive Director, Carol Burris, called Charters and Consequences. Be sure to share these reports with your network – educating the public is our shared responsibility.

Thank you for all that you do,