In the wake of the election, grassroots organizing will take on even greater importance. It will be the work that we do that holds back the torrent of bad education policy that will likely flow from our nation’s capital.

Network for Public Education Executive Director Carol Burris published an insightful post-election piece in Valerie Strauss’ Answer Sheet blog in the Washington Post. In it she suggests that President Obama’s Race to the Top could be replaced with President Trump’s Race to the Bank based on the Trump/Pence choice-based, privatization plan. She asks three crucial questions:

Do we want our schools to be governed by our neighbors whom we elect to school boards, or do we want our children’s education governed by corporations that have no real accountability to the families they serve?

Do we to want to build our communities, or fracture them, as neighborhood kids get on different buses to attend voucher schools, or are forced to go to charters because their community public school is now the place that only those without options go?

Do we believe in a community of learners in which kids learn from and with others of different backgrounds, or do we want American schools to become further segregated by race, income and religion?

You, the members of the Grassroots Education Network, have already answered these essential questions, and work on a daily basis to engage and educate your communities.

In the weeks, months and years ahead, we need to fully commit ourselves to NPE’s core mission to preserve, promote, improve and strengthen our public schools for both current and future generations of students. We hope the Grassroots Education Network will serve as a place to come for inspiration to keep on fighting.

Here are two things you can do right now to help strengthen our Network.

1. If you haven’t yet joined our Facebook group – please click here and join today. Coordinating our efforts has never been more urgent, and a Facebook page comprised of national grassroots organizers can become a powerful tool.

2. Know of another group advocating for public education that is not a part of our Network? Invite them to join today!

Good News from the Grassroots

To bring you hope and inspiration this month we have four reports from Network members in Massachusetts, Kentucky, Georgia  and Ohio.

The reports from Georgia, Kentucky and Massachusetts celebrate hard fought battles over dark money pushing privatization. Thanks to Public Education Matters – Georgia, Dear JCPS and Citizens for Public Schools for their reports, and congratulations on your victories!

Public Education Partners brings us the story of a protest led by Superintendents from around the state of Ohio. Educational leaders across the nation will have to start standing up and making their voices heard. Make sure to share this with Superintendents with whom you work!

Click on the previews below to read and share each report, or you can find a link to all four here.

A bright spot in an extremely dark election landscape came from Massachusetts voters, who soundly defeated a ballot question to lift restrictions on charter school expansion. The question’s defeat was a victory for public schools and for the power of educating the public about charter schools.

While Louisville’s recent school board selections mean we will finally have a fighting chance to stop the intentional harm that education reformers are doing at the local level, they can only do so much once the floodgates are opened at the state and national levels.

For those of us who support public education, a real bright spot in the November 2016 election was the defeat of Amendment 1 in Georgia. Amendment 1 proposed to allow the state to create a state-wide “Opportunity School District” that would take over and privatize so-called “failing schools,” patterned after similar districts in Louisiana, Tennessee and Michigan.

The Day the SUPERs Came to the Ohio Statehouse

That beautiful November day is destined to be the turning point in returning public education policy-making to experienced education professionals.

That’s the day the SUPERs came to the Ohio Statehouse. 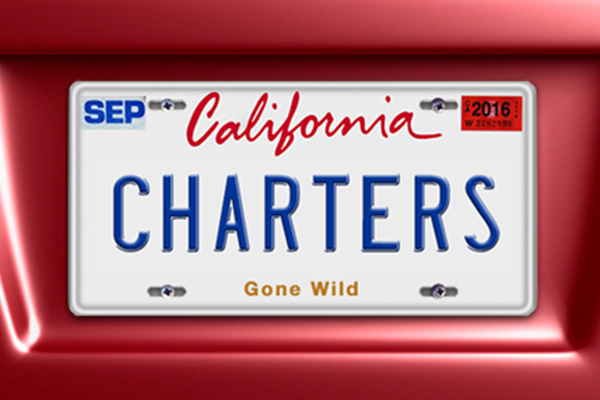 We’ve compiled the four reports in the Network for Public Education series on California charter schools for easy sharing. Carol Burris has done extensive research on the charter school landscape in that state, and what she has found is staggering.

Please share the reports from this month’s newsletter with your own networks. Informing the public is our shared responsibility.

Thank you for all that you do.

The Network for Public Education is a 501 (c)(3) organization. You can make a tax deductible donation here.