Tell the Regents and SUNY Boards: “No more charter schools!”

Concerned with the drain of funds from public schools, as well as the problems outlined below, several Regents abstained from voting for approval. This is not surprising given all of the problems that the continual expansion of charter schools causes.

SUNY also has the authority to grant charters and the SUNY Board is the authorizer for the Success Academy charter chain that continually seeks to expand.

Enough is enough. Send your letter to the Regents and the SUNY Board today telling them we need a moratorium on charter school approvals.

Here are four reasons why:

Charters do not want all students and often engage in practices that push students out.

Unlike public schools, charters can expel students under the age of 17. Many engage in repeated suspensions and harsh discipline to push students out. They do not have to follow NYS public school rules for student discipline and appeal.

Charters can control their enrollment. No charters, for example, were obliged to take any of the displaced children of Puerto Rico. That is because they are not required to fill seats when students leave, unlike public schools that welcome all any time during the year.

Charters are not held to high standards of accountability, including the charter law.

Although the New York State charter law says that a “charter school shall demonstrate good faith efforts to attract and retain a comparable or greater enrollment” of students with disabilities, English language learners and students eligible for free or reduced priced lunch,   many fail to do so, and yet do not have their charter revoked. The Hebrew Language Academy Charter School chain, was just given permission by the Regents to open another school in Staten Island, even though their flagship school in Brooklyn enrolls about only half of the English Language Learners that it should. HLAC also exacerbates segregation in the area schools– while 31% of the the neighborhood district’s students are white, the percentage of white students at HLAC Brooklyn is 52%.

A recent analysis showed that only 10% of all New York City charter schools actually meet the standard in the law when it comes to English language learners.

Charters are not transparent in governance and reporting.

Unlike district meetings, which are open to the public, the meetings of charter management companies like KIPP, SUCCESS and other chains can be held behind closed doors, even though these CMOs receive tax dollars.

Every year, Success Academy schools flout requirements and do not accurately fill out their Violent and Disruptive Incidences Reports (VADIR). There is a wide discrepancy between their suspensions rates and reported incidents. That violation is ignored despite the repeated complaints by parents of harsh discipline and frequent suspensions.

There is no accurate reporting of the financial impact that charter schools have on district public schools, who are their primary funder.

A research paper commissioned by the New York State Education Department estimated substantial reductions (up to $1000 per student) in Albany public schools in 2010 due to the city’s charter schools.  It is time that the fiscal impact on public schools be transparent and taken into account before authorization.

For all of the above and more, it is time for a moratorium on charter schools in New York State while both Boards and the legislature address all of these issues and more.  Please send your letter, sponsored jointly by NPE and the New York State Allies for Public Education (NYSAPE)  to the members of the Board of Regents and the SUNY Board today.

Please post this link to the letter on social media. 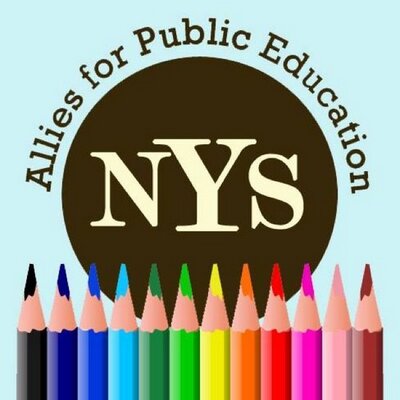