The new administration’s attack on public education has begun, and we need you to take action today to stop it.

In late January, HR 610 was introduced by Steve King of Iowa, with representatives from Maryland, Texas and Arizona signing on.

You can read a summary of the bill here. HR 610, the School Choice Act, would eliminate the Elementary and Secondary Education Act of 1965, which was passed as a part of  Lyndon B. Johnson’s “War on Poverty.”  Federal funds would be used instead to create “block grants” to be used to “distribute a portion of funds to parents who elect to enroll their child in a private school or to home-school their child.” It would also roll back nutritional standards for free lunches for poor children.

But that is not all. 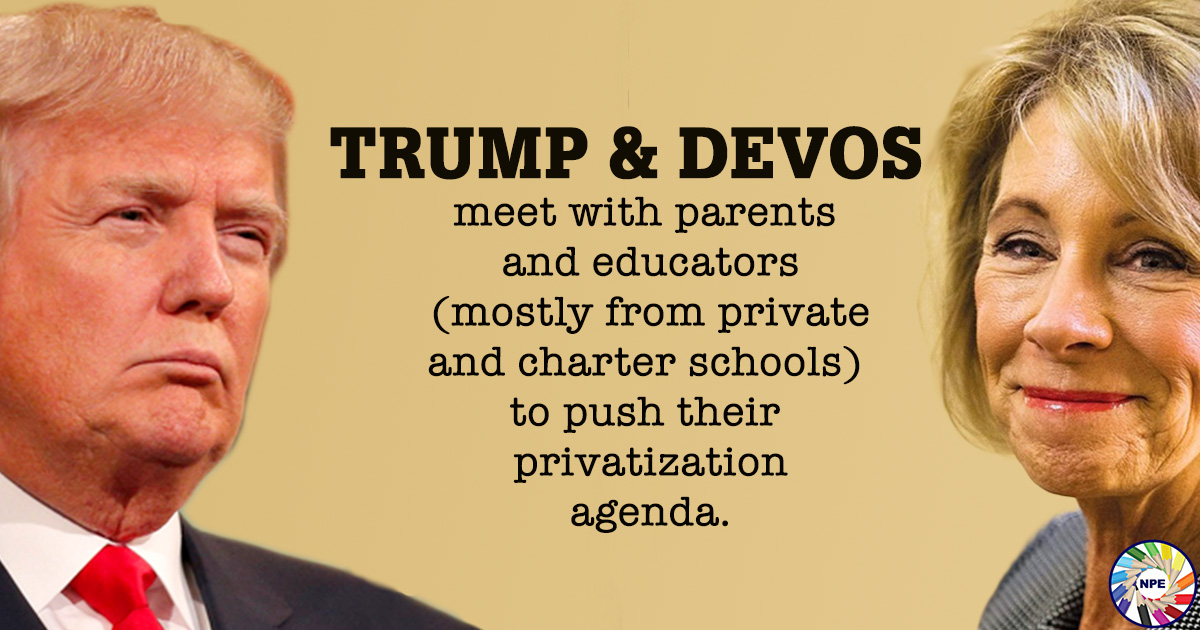 On Tuesday, Betsy DeVos and Donald Trump gathered together parents and teachers to talk about their education agenda. Who was invited (and who was not) is telling.

During the meeting, Trump praised what he referred to as a “Nevada charter school” that he had visited.  The school is actually a religious school which regularly excludes students with disabilities.  You can watch a video of the children pledging allegiance to the bible for Mr. Trump by clicking here.

It is very clear that bills like HR 610, which would provide vouchers to private and religious schools, would be supported by both the U.S. Department of Education and the White House. In fact, it would appear that every alternative to democratically controlled public schools will be favored, while a clear bias against public schools will exist.

Send an email today to your Representatives that says, “Do not sign on to or support HR 610.” We make it easy to do. Just click here.

We need to send a clear message that we cannot afford, nor do we support, private and religious school vouchers. We do not want our public schools defunded as private schools, religious schools, charters and online for-profits are pushed.

Make no mistake. That is clearly Trump’s intention. Watch him declare his support for school choice during a speech he gave during his visit to the Christian school in Las Vegas. You can watch it here.

Send an email today to your Representative that says, “Do not sign on to or support HR 610.”  Send your email by clicking here.

As we fight to save our democratically governed public schools, it is important that we learn from each other and support each other’s efforts. The Network for Public Education began a Grassroots Network so that groups all across the nation can do just that.

Go here to find a group in your area. If there is none, start one and then tell us about it so that we can support your efforts and connect you with other like-minded groups.

In keeping with our commitment to support such efforts, the Network for Public Education is participating in a Journey for Justice sponsored campaign, #WeChoose, that fights school privatization and supports equitable community schools.

Read more about that campaign here.

NPE has also endorsed the The People’s March for Educational Justice sponsored by New York’s Alliance for Quality Education’s (AQE) on March 4. You can learn more about that march here. 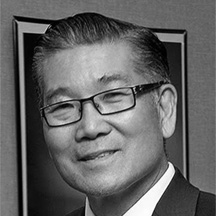 The Network for Public Education is delighted to announce that Anaheim High School District Superintendent, Mike Matsuda, has joined its Board of Directors. In February of 2016, Mike was recognized by Education Week as a Leader to Learn From, for his extraordinary work in English language learner education.

Mike, whose own parents were detained in an internment camp in Arizona during World War II, has a special sensitivity to students who are immigrants or perceived to be “outsiders.”

A fierce advocate of public schools, he has fought against the predatory practices of the EPIC online charter schools in his district, while leading a strong campaign to increase community involvement in the Anaheim Public Schools. Mike is tireless in his efforts to bring a strong, challenging curriculum that emphasizes literacy and non-cognitive skills including, compassion, service, and cultural understanding to the students of his district.

Mike believes that we must model public schools as incubators of democracy through civic engagement and inclusive decision making involving all stakeholders, especially parents.

Thank you for responding to our survey!

Over 7,400 of our over 300,000 members responded to our survey. We asked you what your foremost concerns are and this is what you told us:

Also high on your list of concerns were student support services, charter schools, and school segregation. You told us that you want more Action Alerts and to be better connected with public school advocates in your area. We will do our best to meet your expectations.

36% of you are pre-K-12 educators, and 64% either work in other professions or are retired. 37.5% of the respondents have children in school, nearly all of whom attend public schools.

Thank you for all you do,