Yohuru Williams Joins the Network for Public Education Board

Yohuru Williams Joins the Network for Public Education Board

Dr. Yohuru Williams, Professor of History and Dean of the College of Arts and Sciences at Fairfield University has joined the Board of Directors of the Network for Public Education. Yohuru, who received his Ph.D. from Howard University in 1998, is the author of several books including Black Politics/White Power: Civil Rights Black Power and Black Panthers in New Haven (Blackwell, 2006) and Teaching beyond the Textbook: Six Investigative Strategies (Corwin Press, 2008).

Dr. Williams has appeared on a variety of local and national radio and television programs. He blogs regularly for the Huffington Post and is a regular contributor to the LA Progressive.

His scholarly articles have appeared in the American Bar Association’s Insights on Law and Society, The Organization of American Historians Magazine of History, The Black Scholar, The Journal of Black Studies, Pennsylvania History, Delaware History, and the Black History Bulletin.

Yohuru has been active in the Opt Out movement, making the case that testing has harmed students of color, and students who are economically disadvantaged. “NPE has been at the forefront of the battle to preserve public education in America. I am excited to join them in the work of combating the corrosive impact of corporate education reform on our children and schools.” And the Network for Public Education is excited to have Yohuru on board.

Chris Howard Joins the Board of NPEAction

NPE Action is proud to welcome to its Board of Directors former professional athlete Chris Howard. His passion for education is in full display when he talks about his native Louisiana. Following a career in the NFL, Howard has focused on television production through his company Mosaic Studios. Chris brings savvy and creativity to the NPE Action Board, he also brings a strong dedication to education and equity. He says…”Without a strong public education system, our country would not have achieved all that it has. Public education has been under attack for the past 15 years. Network for Public Education Action is fighting to strengthen and protect public education and I am happy to be joining in that fight.”

What is the difference between NPE and NPEAction, anyway? 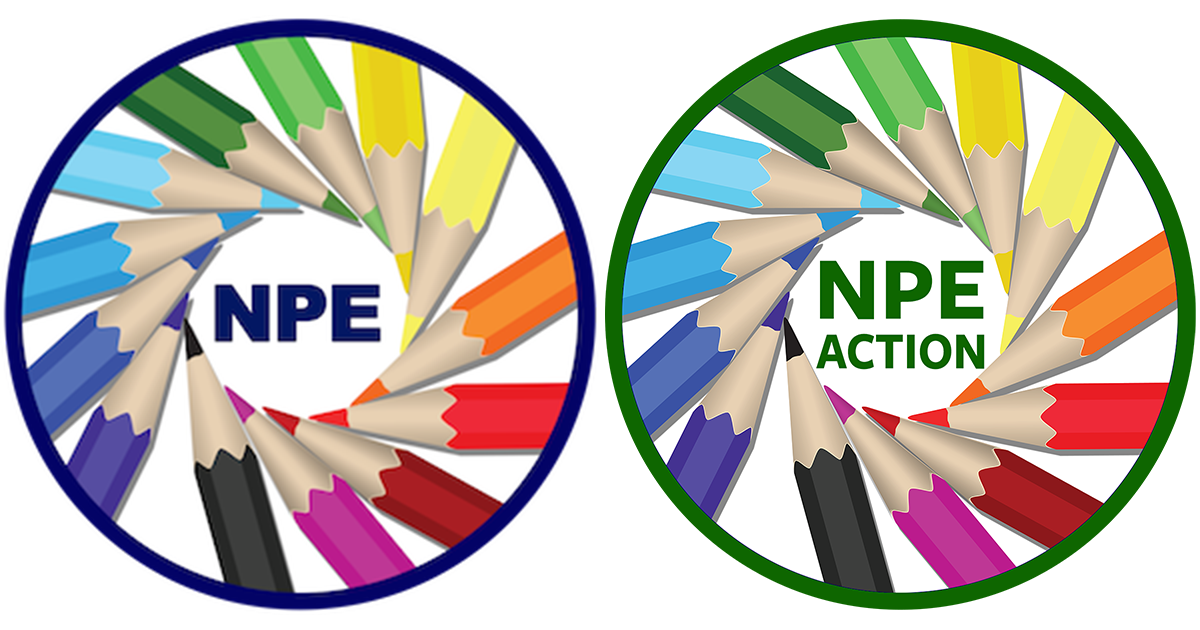 This is a question that many of you have been asking. Prior to 2016, the Network for Public Education was a project of a non-profit called Voices for Education. By being a project of Voices, your contributions could be tax deductible and NPE could apply for grants.

This year, we became independent. The Network for Public Education (NPE) has been given 501 (c)(3) status by the IRS, which means it is a non-profit that accepts tax-deductible donations. Its mission is educational—it produced the 50 State National Report Card, a report on teacher evaluations which will be issued next week, as well as special reports on topics from Bill Gates to the Opt Out movement.

The 501 (c)(4), NPEAction, has more of a political mission. It regularly endorses candidates and issues calls to Action that aim to influence laws. It also produces reports such as the Truth for America series which is posted on its website. Because of its political mission, contributions to it are not tax deductible. There will be an official launch of NPEAction at our conference next week.

Diane Ravitch is President of both the Network for Public Education and NPEAction. Both organizations work together to achieve the same goal—a strong and vibrant public school system that works for each and every child, regardless of zip code.

NPE Joins the 2016 Save Our Schools March in Washington, DC

In July of 2011, 6000 teachers and parents gathered in Washington, DC, for the first-ever national protest of education policies. This July, we are coming back again! Many of the groups now resisting corporate education reform emerged from the SOS March, and this summer the Save Our Schools Coalition will bring us back together, to once again protest the privatization of public education, and to demand social justice.

On July 8 we will rally on the steps of the Lincoln Memorial. Speakers will include Diane Ravitch, Jonathan Kozol, Jamaal Bowman and the Dyett Hunger Strikers from Chicago. On July 9, there will be a conference for activists, and July 10, there will be a movement summit to build for future actions. More information is here.

And Don’t Forget our Conference

We hope to see you in Raleigh on April 15-16. There are just a few days left to register here.

The Network for Public Education is a 501 (c)(3) organization. You can make a tax deductible donation here.